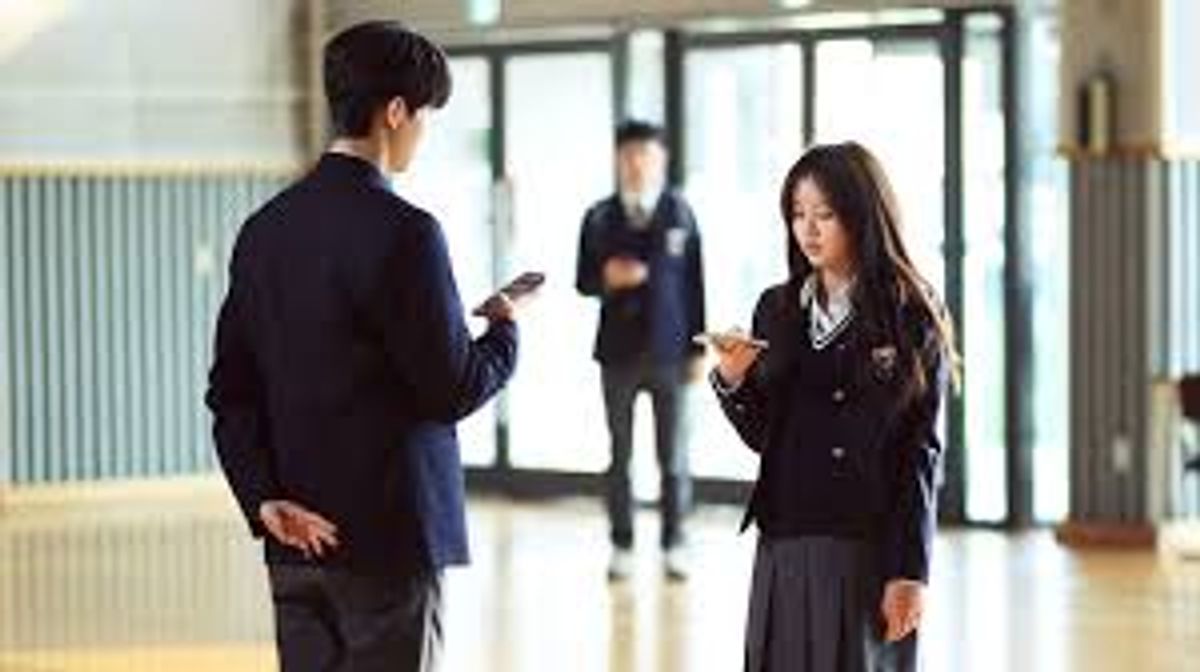 Teenage is a special period in everyone's life. We all have done many silly things in our teenage days. I swear I have done stupid things which I am ashamed of now. As a teenager we all have admired or crushed on someone or more than a person. HAHAHA   This drama is based on teenage love triangle story. Teenagers will love this drama for sure because as for teenagers they like to know who likes them or who has crush on them. Even adults like it but not all.

The drama will be as I mentioned can attract teenagers more than adults. The silly high school dramas are interesting to watch because it is relatable especially one sight love. Most of us had/have secret crush in high school. We didn't want to ruin the friendship so we hide our feelings and school finishes. The entire love story comes to a end like that. The drama did a twist in the secret love by creating an app. This app will show you around 10 metre radius who has crush on you. The alarm is public which means even others can see that. Isn't it fun and exciting. However, it can cause chaos also. The drama is futuristic with the same love triangle.

In the ending, the viewer won't know in the 2 boys who she chooses. Let me explain the entire picture, the main actress JoJo is the love interest of 2 boys. One boy is actually the developer of the Love alarm app. He is the best friend of Jojo but he doesn't have the guts to express his feelings to her. Then another guy is actually JoJo's ex boyfriend who she was in relationship with in highschool due to some issues she breaks up with him.

In the intense climax, the drama just ends without showing us JoJo's decision. In the climax both of the boys meet JoJo after many years. The boys express their feelings to JoJo but we won't know who she chooses.

It is very stressful tho!